Coach Flanigan began his coaching career and defined many of his coaching philosophies under the tutelage of some of the games finest coaches.  While attending Texas A&M University, he volunteer coached at A&M Consolidated High School under Coach Ross Rogers (Texas High School Coaches Association past president).  In 1989, the Tigers went 14-1 before losing the state championship game in the Astrodome to Tyler Chapel Hill.  He spend the 1990 season as a student teacher and coach under the late Emory Bellard (Texas, Texas A&M, Mississippi State) learning from the inventor of the wishbone offense

In 1991, Coach Flanigan officially began his coaching career as a linebacker coach and head strength and conditioning coach for Victoria Stroman High School (6A) under Norman Cobb (1989 Coach of the Year).  Moving to the offensive side of the ball in 1992 as a wide receiver coach at Clear Lake High School (6A) allowed Coach Flanigan to cultivate many of his offensive philosophies he still uses today.  In his two seasons at Clear Lake, the Falcons were District Champions and Bi-District Champions.  1994 took Coach Flanigan back to the defensive side of the ball as a defensive coordinator in his next two stops of Caldwell (4A) and Pittsburg (4A). His Caldwell team finished the year as District Champions with a 9-3 record.  He was also part of a District Championship team in Pittsburg completing his second year with a 9-1-1 record.

Troup High School (3A) was Coach Flanigan’s first stop as a head coach and athletic director.  In his three seasons they reached the playoffs twice with the 1998 team advancing to the Regional Finals with a 10-4 record.  Moving to Orangefield High School (4A) in 2000 as the head football coach, the Bobcats reached the playoffs three times in the next four years including a Bi-District Championship and a first time victory over cross town rival Bridge City.

In his yeas at Crosby High School (5A), Coach Flanigan’s commitment to building a consistent winner is evident.  Crosby advanced to the playoffs for a school record of 7 consecutive seasons including a school record 10 win season and a regional championship in 2009.

Coach Flanigan began the 2012 season as the Head Football Coach/Campus Athletic Coordinator for the West Brook Bruins (6A) in Beaumont Texas where they went to the playoffs 3 times and finished the 2016 season as Area Champions (11-2) with the most wins in school history.

Coach Flanigan is married to Michelle Flanigan of Lumberton, Texas who is the benefits coordinator for Dr. Duke and Dr. Langham D.D.S.  They have two daughters, Courtney, who has graduated from Texas A&M and is currently working for United Airlines and Kaylee who attends Blinn College in College Station. 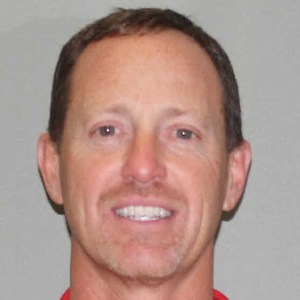